The main objectives of this project are to measure and explain government-opposition cooperation and to study its consequences for democratic legitimacy and vote choice. Choice is essential to democracy; in modern representative democracies that choice is provided by opposition and governing parties competing in elections. If the choice is to be meaningful, opposition parties have to be distinct from government parties. Previous studies have looked at parties’ distinctiveness in the electoral arena, but what happens in parliament has been overlooked.

Among scholars as well as the general public, there are increasing concerns regarding the distinctiveness of opposition and government parties in parliament. Scholars have argued that there is a process of opposition blurring in parliament, but the evidence is largely anecdotal and based on single-country studies. This project is the first to provide longitudinal indicators of parliamentary cooperation between government and opposition in four countries.

The analysis compares established parliamentary democracies with very different political systems: The Netherlands, United Kingdom, Denmark and Canada. Applying innovative content analysis methods to assess parties’ actual parliamentary behaviour and speeches, I will map patterns of parliamentary cooperation between 1945 and 2018. Explanations of those patterns will be based on quantitative data and elite interviews. The effect of government-opposition cooperation on democratic satisfaction, electoral turnout, and vote choice will be studied through analysis of survey material as well as multi-country conjoint survey experiments.

This project is financially supported by the Dutch Research Council (NWO). The project started in December 2019. Rick van Well and Elina Zorina are the two PhD students involved in this project.
parliaments representation 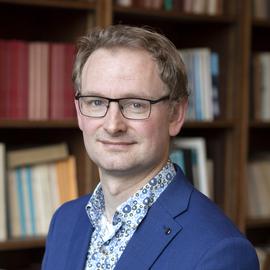 Opposition in times of crisis: COVID-19 in parliamentary debates
The COVID-19 pandemic presents an exceptional crisis situation not only for governments, but also for politicians in opposition. This …
Tom Louwerse, Ulrich Sieberer, Or Tuttnauer, Rudy B. Andeweg
PDF Code Dataset Project Project DOI Online Appendices