Transparency in Digital Political Advertisements during the 2019 European Parliament Elections

Country Report on the Netherlands 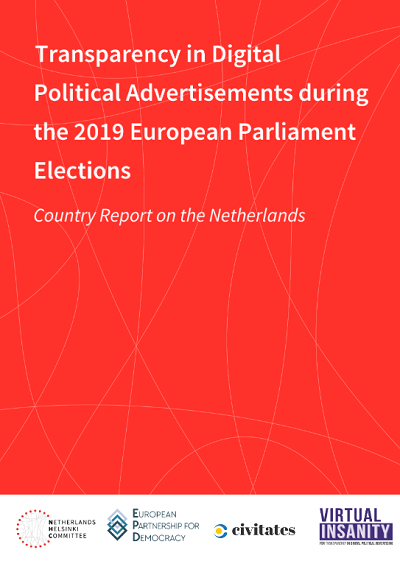 This report assesses the degree of transparency in digital political advertising during the campaign period of the 2019 European Parliament elections in the Netherlands. It is part of the project ‘Virtual Insanity: The need for transparency in digital political advertising’, which was implemented by a consortium of European democracy support organizations, i.e. the European Partnership for Democracy (EPD), the European Association for Local Democracy (ALDA), the Netherlands Helsinki Committee (NHC) and the World Leadership Alliance-Club de Madrid (WLA-CdM).